Ladies and Gentlemen, due to the current epidemic situation, all branches of the Museum of Krakowwill be closed on November 7 - January 31, 2020. We invite you soon!
Can we store cookies? It will help you get the best possible experience from us but it is up to you to decide whether to decline or accept them.
REGISTRATION: https://camockrakow2020.bpt.me/

DUE TO THE COVID-19, THE CAMOC CONFERENCE WAS PASSED TO FEBRUARY 2021

All over the world, cities are expanding, growing in importance, as centers of social and economic development and education. Henri Lefèbvre was the first to present the concept of The Right to the City (1968), as a collective reclamation of the urban space by marginalized groups living in the border districts of the city. David Harvey took these ideas forward, stating that “the Right to the city is far more than the individual liberty to access urban resources: it is a right to change ourselves by changing the city. It is, moreover, a common rather than an individual right since this transformation inevitably depends upon the exercise of a collective power to reshape the processes of urbanization” (2008).
At the same time, it is in urban environments that many problems of the present day - ecological, economic and social - accumulate. All this is the basis for the development of city museums, although it also poses new challenges for them. Museums as institutions with a great capital of social trust can play a significant role in the observed transformations. Urban museums, rooted in local communities and therefore more accountable to society, play a special role here. However, this situation raises many questions: how can museums better perform its social functions? Where are the boundaries of such actions and how should they not be crossed? How should controversial issues be dealt with?
These and other questions will be posed to the participants of the CAMOC 2021 meeting in Krakow, our 15th annual conference, organized by CAMOC, the City of Krakow and the Museum of Krakow.

Within the broader theme of the right to the city and city museums, we will welcome the proposals focusing on the following sub-topics:

In this session, city museum experts are invited to reflect on how the dialectics between local everyday life and the city as the symbolic space of representation, the space of memories and, simultaneously, of tangible evidence of city history and development, may be understood and rendered visible in city museum strategies, collections and activities. How can the city museum become an agent of social inclusion and sociocultural cohesion? How can it fulfil the role of a cultural hub for the city, arrival point for a visitor, and a safe and inclusive space for everyone?

2. Who has the right to the city?
This session invites contributions that explore how city museums address the problem of “Who belongs?” or “Who has the right to the city?”. Diverse issues may be tackled under this research question: changing demographics, migration and immigration, relations between “insiders” and “outsiders”, as well as between residents and tourists, in cases of mass tourism and its conflicting relation with the right to the city. Many cities worldwide have experienced benefits of being attractive destinations for visitors, but also identified great challenges: how do cities and city museums cope with overuse, negative impacts brought by visitors and paradoxical situations when tourists destroy exactly what they seek for? As increase in mass tourism or demographic changes often overlap with processes such as population concentration, and an increase in inequalities and exclusion, the question of belonging becomes more intricate and also more relevant to explore in the city museum context. How can city museums contribute to understanding and mediating complex relations between visitors and residents, (im)migrants and residents, “insiders” and “outsiders”, and (productive) differences they bring into play in urban space?

3. Urban revitalization
This session invites contributions of city museum experts looking into urban revitalization processes and reflecting on the future of public space and housing. In these processes, on one hand, there is a desire and opportunity to reinforce inclusivity - equal access to public services, to housing, to public space for all people, and a possibility for all to participate in shaping places and cities; but, on the other hand, speculation tends to turn public spaces into contested spaces and generate inequalities. How can city museums contribute to developing new forms of participation in urban revitalization processes and thus help creating a more inclusive, participative city?

4. Confronting with post-truth
The increasing and problematic phenomenon of denial of science, evidence, facts, and even dismissal of truth itself has been broadly recognized as one of the most upsetting tendencies of our epoch. The aim of the session is better understanding of the impact and scope of the so-called “post-truth” in the context of city museums and reflecting on the possible action: the questions of conveying authenticity through museum collections and programmes, clarifying urban reality through acknowledging multitude of voices, which sometimes may even be opposed, creating a safe space and reliable base for learning, debate and interpretation of cities’ past, present and future. 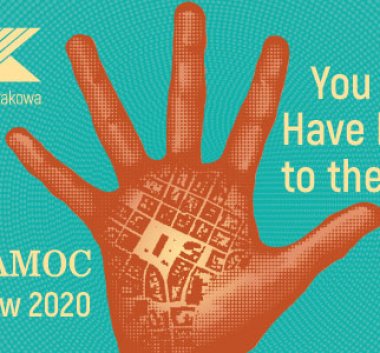