Ladies and Gentlemen, due to the current epidemic situation, all branches of the Museum of Krakowwill be closed on November 7 - January 31, 2020. We invite you soon!
Can we store cookies? It will help you get the best possible experience from us but it is up to you to decide whether to decline or accept them.
Rydlówka, a one-of-a-kind destination, has multiple links to the art of the Young Poland movement – including painting, literature, playwriting and theatre. This place has left its mark in the history of Polish literature and history through a number of factors such as the efforts of the subsequent owners of the manor house, its inhabitants and the artists of the Young Poland movement who visited it, a seemingly ordinary event, such as the wedding of Lucjan Rydel, and an extraordinary event, such as the wedding depicted in the play “Wesele” written by Stanisław Wyspiański being set in Rydlówka. The manor house is filled with the atmosphere of Kraków from the turn of the 19th and 20th century – it was a meeting place and a point of convergence for events and the established ways characteristic of the time. 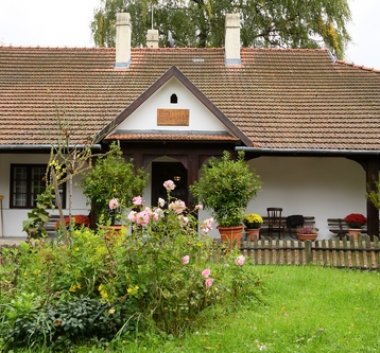