Can we store cookies? It will help you get the best possible experience from us but it is up to you to decide whether to decline or accept them.
Thesaurus Cracoviensis, a branch of the Museum of Kraków, has been shortlisted as one of Europe’s best museums of the past years. On 25 December, the jury of the most prestigious museum award in Europe – EMYA (European Museum of the Year Award), announced official candidates.

On 10-12 December, the international jury selected 21 institutions from among all applications they found most impressive. The process was online for the first time ever! The jury recognized them for qualities such as innovation, social impact and educational value. One of the 21 institutions shortlisted for EMYA was Thesaurus Cracoviensis, a Museum of Kraków’s storehouse open to the public.

The announced shortlist of candidates includes only two Polish museums, both based in Kraków. Apart from Thesaurus Cracoviensis, the list also includes the Princes Czartoryski Museum, a branch of the National Museum in Kraków. The other shortlisted institutions are the Zurich Design Museum, the City Museum Stuttgart, the Museum of Copenhagen and other museums from Spain, Turkey and Austria, among others.

The competition will be concluded and the award ceremony will take place in February 2021 at the European Museum Forum. The EMF operates under the aegis of the Council of Europe, and the EMYA award has been granted since 1977.

In recent years, the EMYA prize was awarded to the POLIN Museum of the History of Polish Jews in 2016; and in 2019, commendations went to the Museum of Pan Tadeusz in Wrocław and the NMS Dialogue Centre Upheavals in Szczecin. The Polish nominees have included the Emigration Museum in Gdynia, the Silesian Museum in Katowice and the European Solidarity Centre in Gdańsk (receiving the Council of Europe Museum Award). 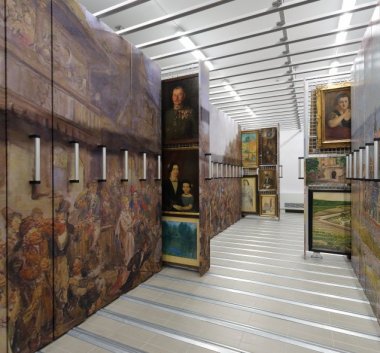